The world’s largest dinosaurs exhibit, the evolution of the human body and the discovery of outer space can all be found in one place.The Perot Museum of Nature and Science. 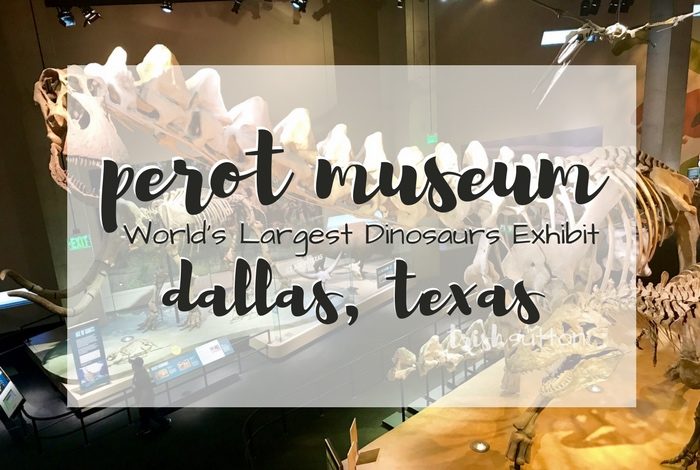 This is not a sponsored or paid post. Rather it is a Dallas, Texas travel review for TrishSutton.com. All opinions are my own.

Hands down, the best family museum I have ever visited is in Victory Park just outside of downtown Dallas, Texas. Recently, our family of four visited the Perot Museum and we give our experience a solid eight thumbs up. 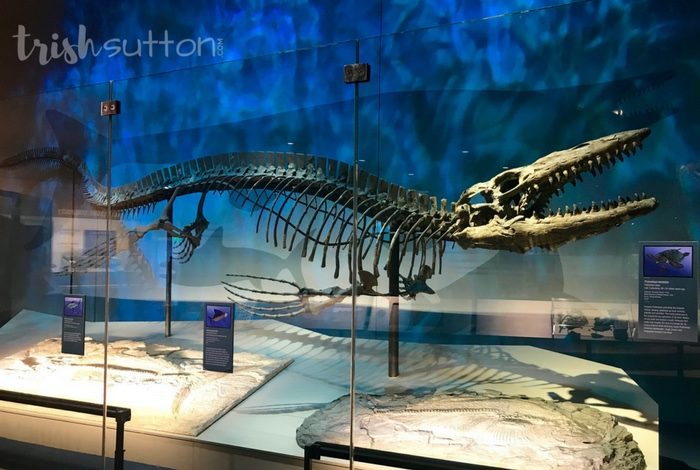 Before our visit we purchased our tickets on the museum’s website. Not only did the pre purchase keep us from waiting in the ticket line it also saved us $2 per ticket. That savings almost covered the cost of the parking garage across the street ($10).

Perot Museum of Nature and Science

Upon entering the museum we were greeted by a full size astronaut statue and very friendly museum staff. Among the four museum floors we each found several areas of interest. We started in the dinosaur filled T. Boone Pickens Life Then and Now Hall. Our six year old was enthralled and he could have easily spent all day in that exhibit. While examining bones from long ago I received a text from our twenty-something noting he was “lost in space”. Once I made my way to outer space (aka the Expanding Universe Hall) it was evident why. 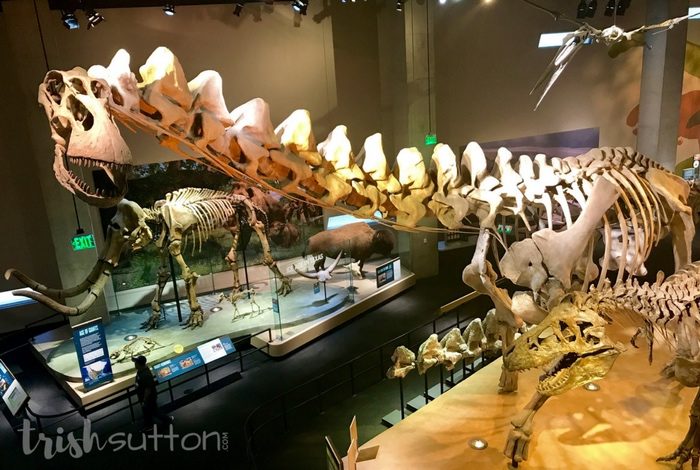 The Perot Museum is home to the World’s Largest Dinosaurs Exhibit. Many of the fossils were found within the state of Texas including the Alamosaurus, which was found in Big Bend National Park in the 1990s. The Alamosaurus is also one of the largest dinosaur skeletons on display worldwide. One of the newer additions to Perot Museum is a Pachyrhinosaurus that was discovered in Alaska. There is a Pterodactyl hanging from the ceiling and there are skeletons of many more dinosaurs including the Tyrannosaurus Rex, Pterosaurs, Protostega and Troodon. This educational spot is filled with fun facts from a long ago time along with a few interactive hands on activities. It was hard to pull ourselves away from the Life Then and Now Hall but the gravity of the planets was drawing us in. 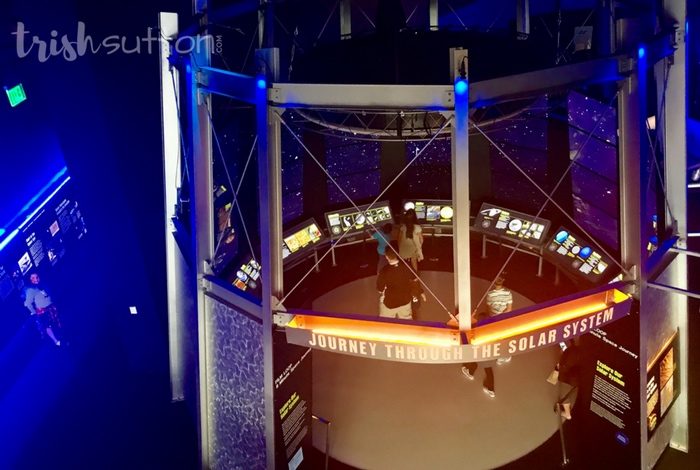 The Expanding Universe Hall is filled with stars, planets and several more museum interactive activities. The Rule of Attraction exhibit displays five bowling balls all weighing the same amount yet there is a notable difference when they are picked up. Museum goers have the opportunity to feel the difference in weight on different planets by lifting each bowling ball. Fascinating! There is a 3D dome that offers visitors the feeling of being outside under the planets and stars. There are captivating visuals of constellations along with more education from outer space. We could have stayed in this area of the Perot Museum for hours alone albeit the Being Human Hall was calling. 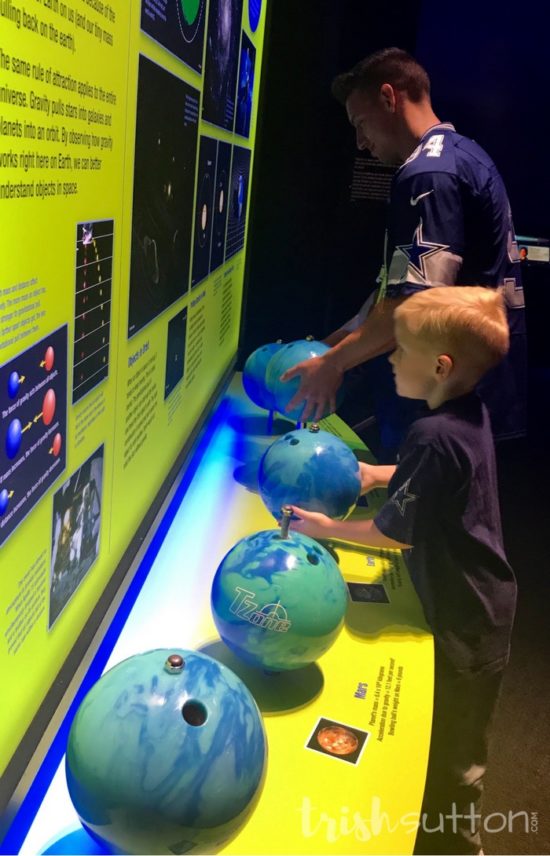 Perot Museum of Nature and Science

Almost every exhibit in the Being Human Hall at Perot Museum is hands-on. The stations throughout the Being Human Hall of the museum prove how incredibly complex the human body is. Whether an individual believes in the creation theory or evolution theory this floor of the museum is not one to skip. There is so much to learn about our hearts, brains and the inner makings of our bodies. The exhibit information on being human is extremely educational and the interactive activities are fun for children & adults alike. 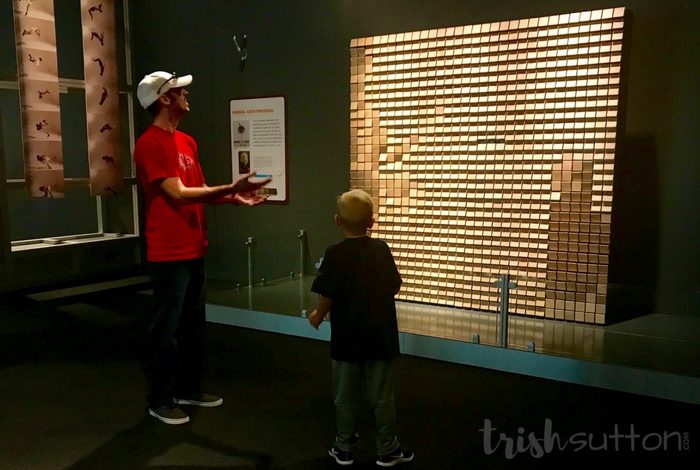 The unique architecture, glass elevators and the indoor glass escalator that pops off the side of the building leave children of all ages in amazement. It is rare that I leave a museum wishing I had more time to spare. However, a little more than two hours was not enough time for our visit to the Perot museum. I highly recommend Dallas residents and tourists plan a visit to the Perot Museum.

Additional experiences at the Perot Museum include Discovering Life Hall, Engineering and Innovation Hall and the Energy Hall. Just above the dinosaur floor is the Rose Hall of Birds. Other exhibits include the Gems & Minerals Hall, Dynamic Earth Hall, Sports Hall and Children’s Museum. There is also a cafe that offers a full menu, special exhibits, movie options and, of course, a gift shop. 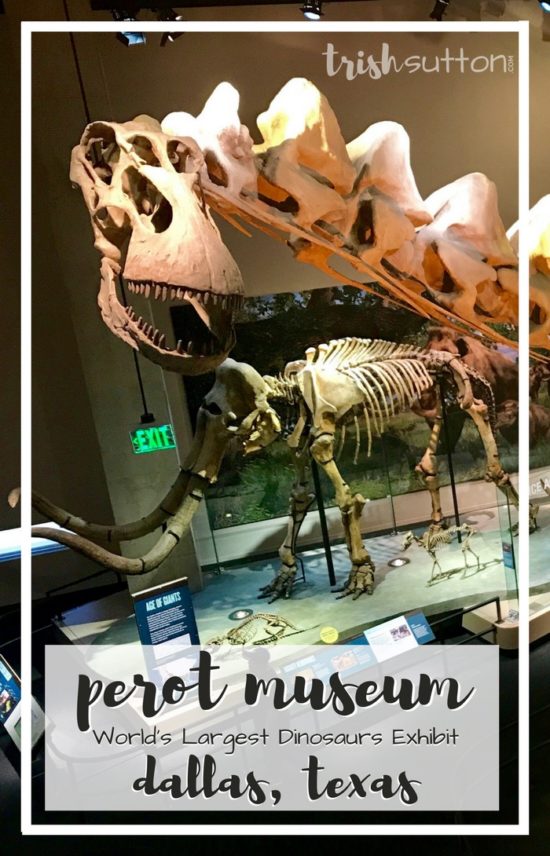 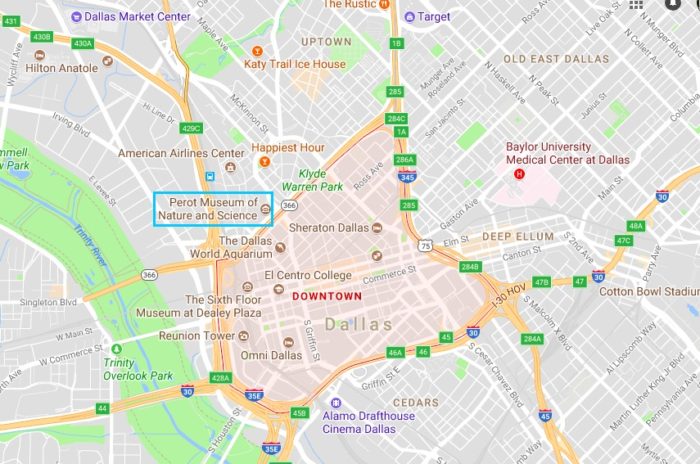