This beachfront amusement park is popular with tourists and locals alike. Belmont Park is situated on the boardwalk of Mission Beach in San Diego, California. 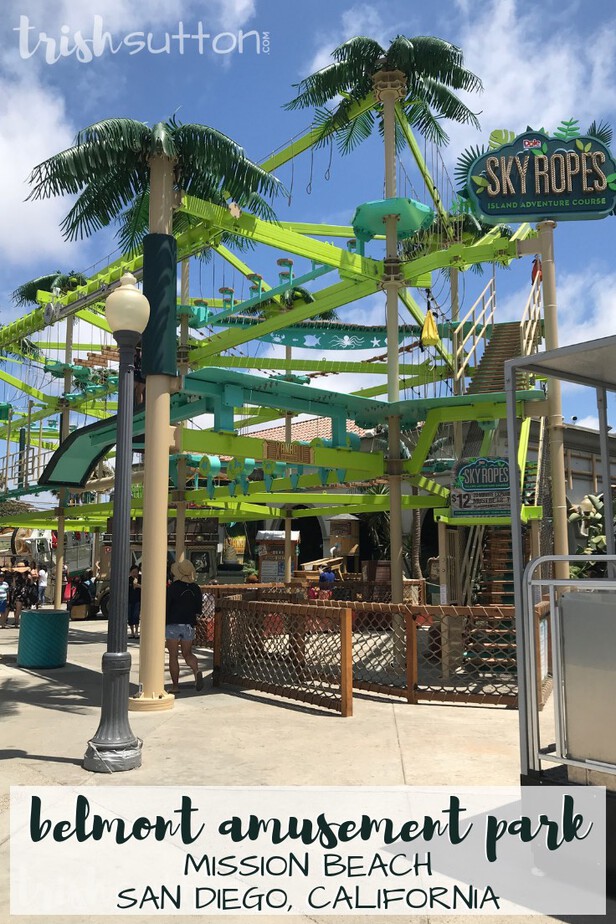 If you have ever been to San Diego you have likely visited the area of Mission Beach. It is a very popular tourist spot and having lived in San Diego I can tell you that many locals share the same love for the deep beach, breathtaking sunsets, busy boardwalk and happening surroundings. Nestled near our favorite place to stay is the hip, busy and happening area known as Belmont Amusement Park. 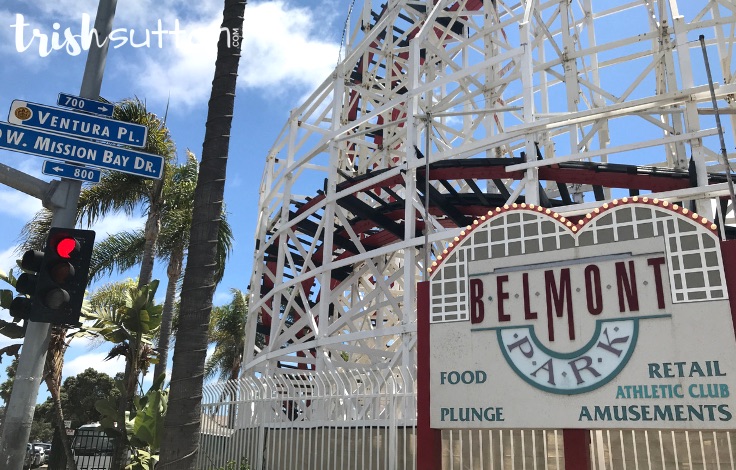 When our family lived in San Diego we would frequent a few different beaches. And while the various coastal spots offered different perks the beach with the most perks was Mission. Second to the beach itself, Belmont Park was the big draw. Not only did the amusement rides, carnival games and arcade offer hours of entertainment for our oldest son there were also plenty of options to keep our youngest busy, as well. 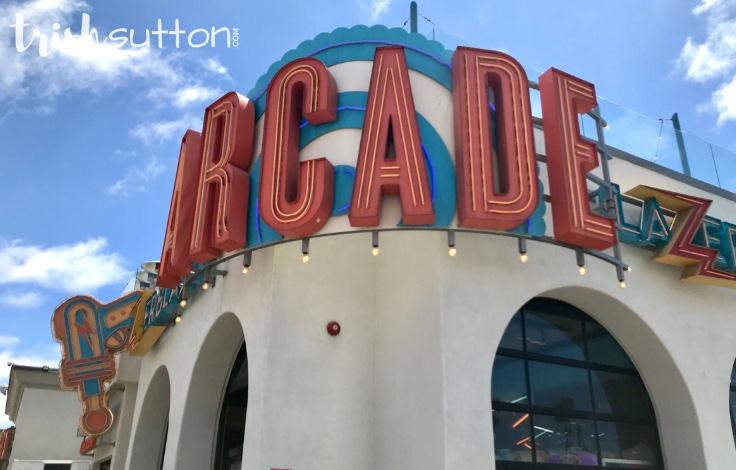 From a distance the most notable attraction at Belmont Park is the 1925 Giant Dipper wooden roller coaster. Over the years the historical ride has been renovated; however, the look and even feel of the roller coaster has remained the same. 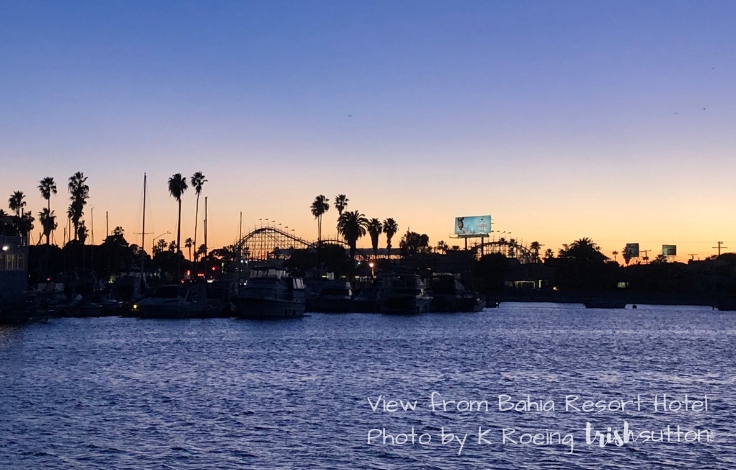 Along with the Giant Dipper there are several other rides including the always busy carousel,  bumper cars, tilt-a-whirl, a small race car track for kids, Crazy Submarine, train and my personal favorite, the Beach Blaster. 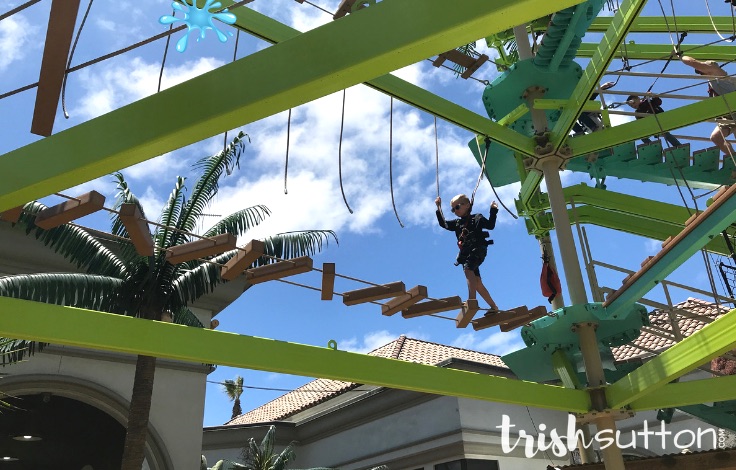 My eight year old waited “forever” to be able to ride (or rather climb) on his favorite ride. For as long as I can remember my little guy would need to walk by the Sky Ropes to see if he was tall enough to climb and zip line. It took years but he finally grew to the minimum height requirement. It was a glorious day when he could strap on the harness and climb those stairs to the sky high obstacle course. Now every time we go he has an absolute blast maneuvering through the above ground maze while I enjoy the sunshine and a Dole Whip on one of the benches below the ropes. YES. DOLE WHIP. Which for some might actually be the biggest draw to Belmont Park.

Belmont Park even has Dole Whip! 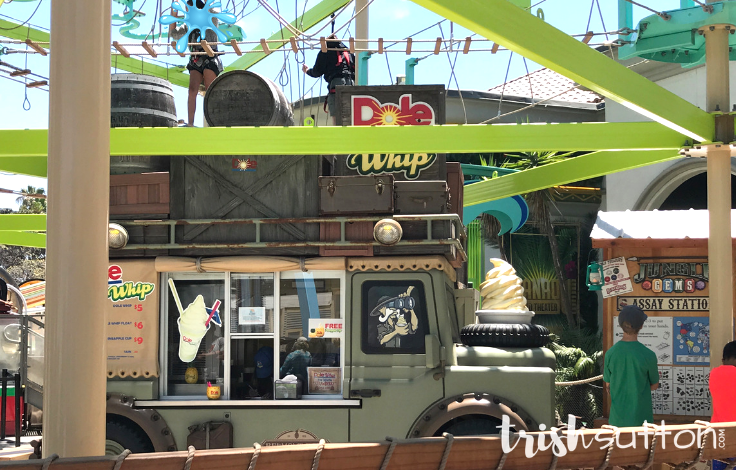 The Sky Ropes ride is at the south end of the park near the mini golf course and the arcade is at the opposite end of the park. Inside the arcade is laser tag and a plethora of electronic games, driving games, air hockey and so much more. Our family easily loses track of time the moment we step inside the arcade door. We each have personal favorites and differing opinions on which games are the easiest to win tickets on. Because we visit San Diego several times throughout the year we hold onto our arcade cards which allows our electronic tickets to build up. 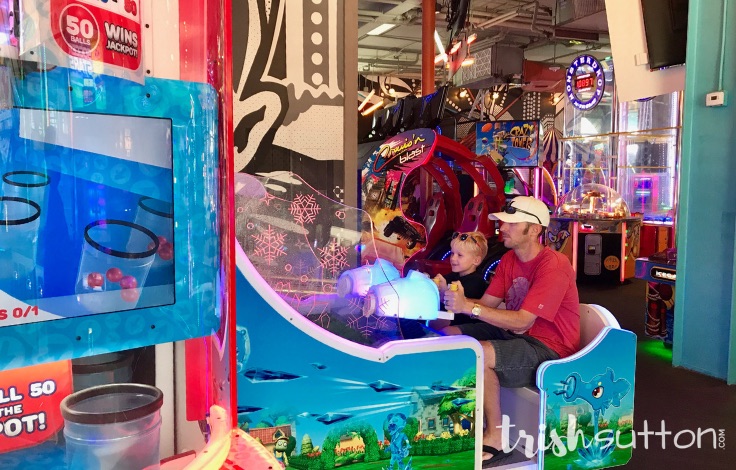 Like any other amusement park there are several places to eat and shop at Belmont Park. Sun Diego is my husband’s favorite surf style clothing shop and just across the path from Sun Diego sits the souvenir packed Wings shop. The concession stands offer quick bites including cotton candy, funnel cake, hot dogs, pizza and more; however, those looking for something other than fast food are also in luck. Draft, Cannonball and the Beach House are restaurant and bars that have more menu options and include an ocean view. Imagine happy hour with the ocean breeze and setting sun. 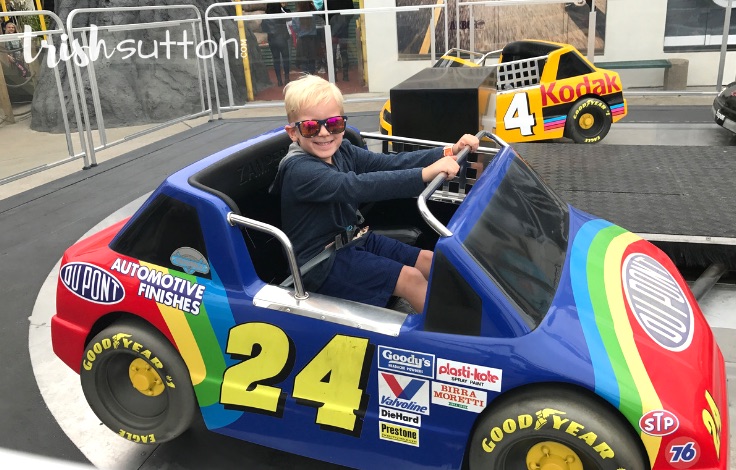 Belmont Park is currently under additional development and I can not wait to see what more is in store for the Mission Beach Boardwalk. 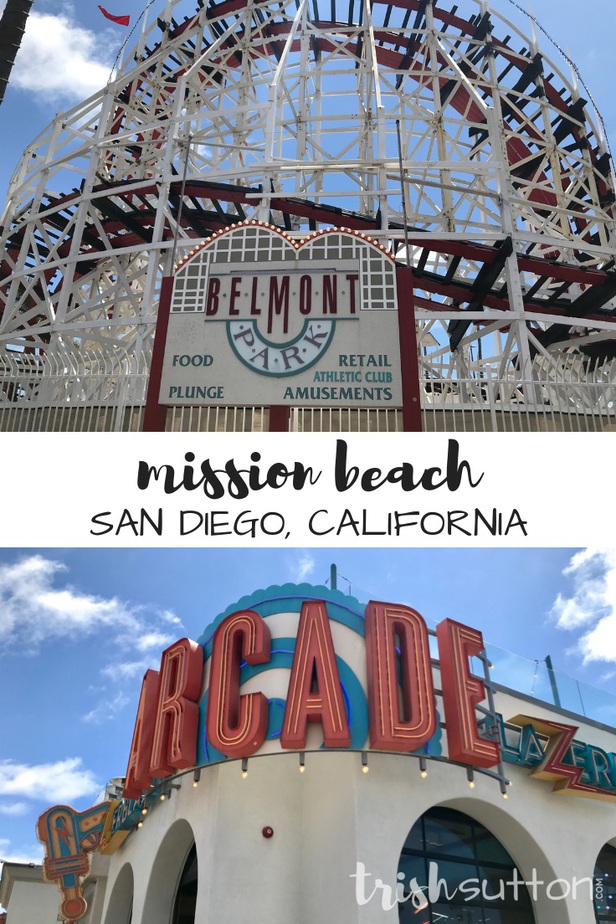