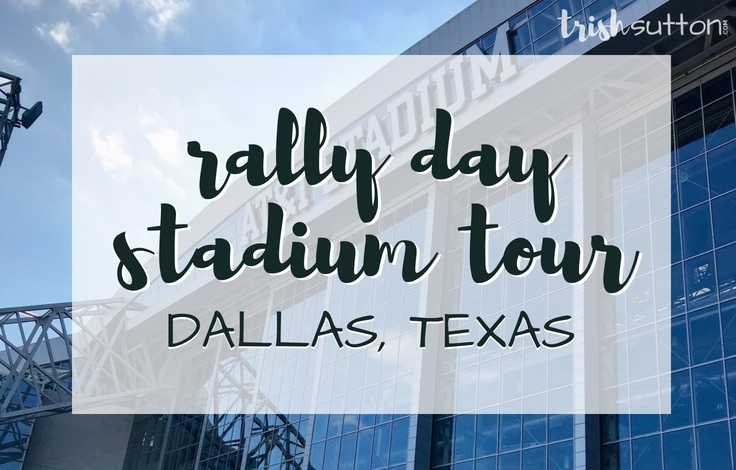 Dallas Texas is not short on tourist attractions. There is plenty to do and see in North Texas. Along with the Sixth Floor Museum and Perot Museum of Nature & Science, there are several other incredible museums. There are also many noteworthy parks, tours and several professional sports teams, including the Dallas Cowboys. 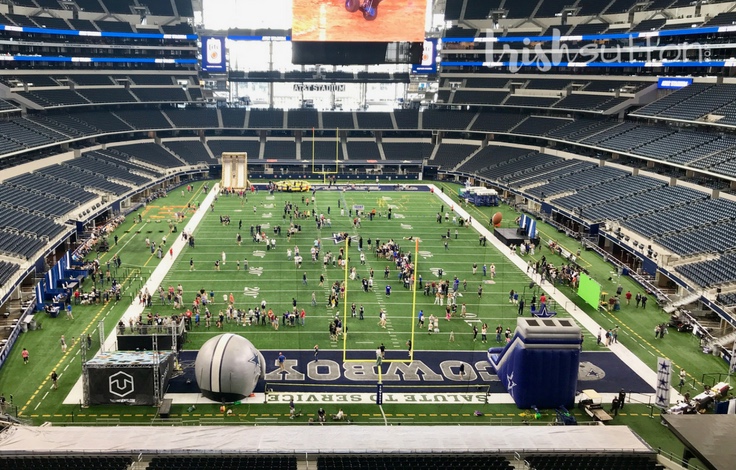 The Cowboys call AT&T Stadium “home” and many people refer to the stadium as “Jerry’s house”.  The stadium is located in Irving Texas which is a short drive from downtown Dallas. Rally Day at Jerry’s House is a pregame party like none other and is worth the short (or long) drive. 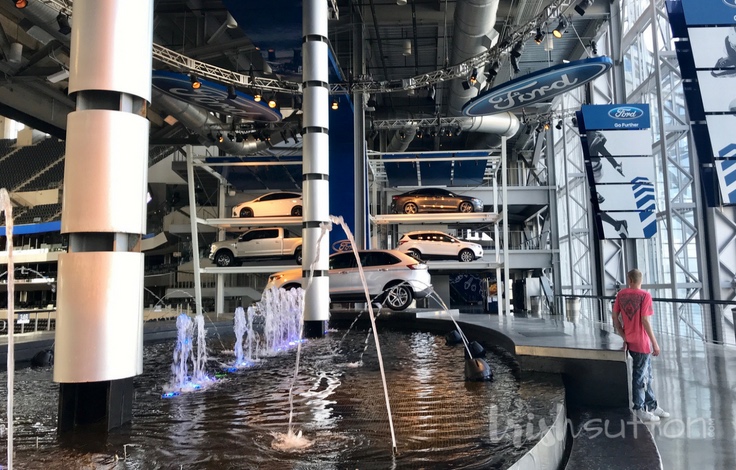 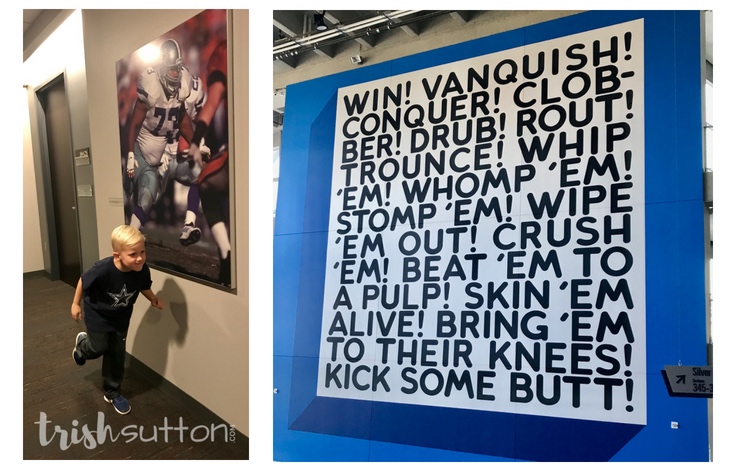 The VIP tour is led by a guide and it lasts approximately 90 minutes. Fans get to see locker rooms, Jerry’s suite, the college football offices, and so much more. The fans on the VIP tour receive a wealth of information; including the thought and selection of every detail of AT&T Stadium. From the flecks of blue in the tile that Mrs. Jones chose to the decision of the massive stadium height glass doors that slide open. Both tours are available throughout the week but my recommendation to fans and guests alike is to plan ahead and pre-purchase a tour time on Rally Day. 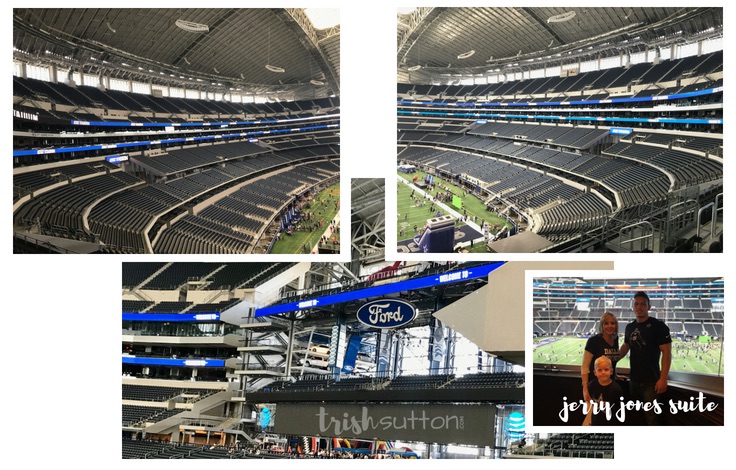 The day before home games AT&T Stadium hosts Rally Day. On the Saturday that we toured my favorite team’s home field our VIP tour ended on the field. And that is where the Rally Day action goes down. There were ginormous inflatable slides, bounce houses, obstacle courses, passing competitions, cheerleaders, Rowdy the mascot AND retired players signing autographs. 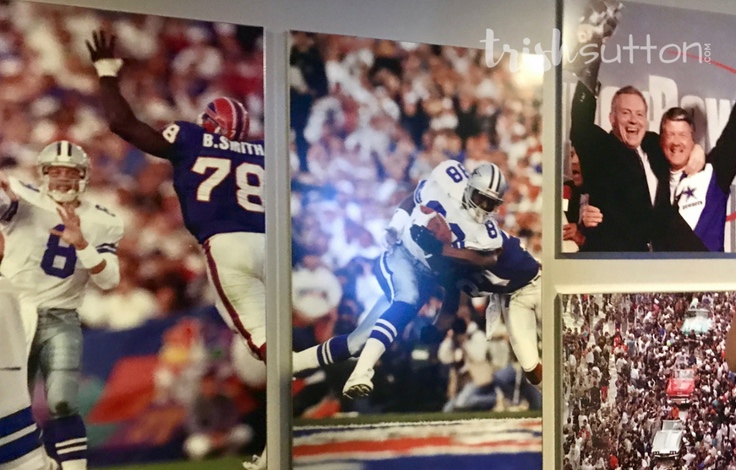 Warning: I’m about to fan-girl out. Being on the field, taking pictures on the star and looking up at the massive stadium was overwhelming for me. Both of our sons are Cowboys fans and the three of us had giddy perma-grins on our faces as we walked from end zone to end zone. Standing on THE STAR was my favorite part of Rally Day. 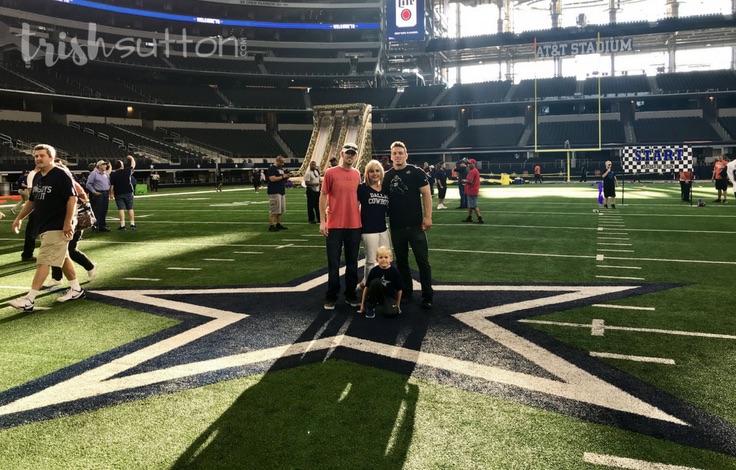 While the stadium is only a few years old I couldn’t help but think of the history of my favorite team. And even though Emmitt Smith never carried a ball across that particular star I thought about him and all of my other favorite players. I thought of the players who have at one time or another played for the Cowboys on a field with THE STAR. (I’m tellin’ ya total fan-girled out! I did not want to leave.) 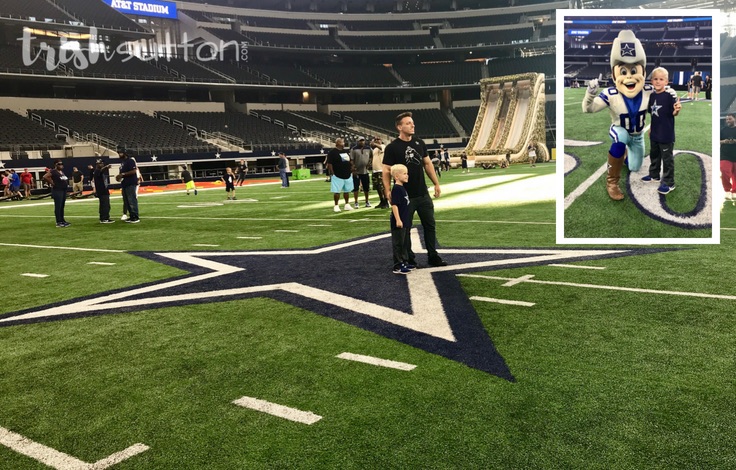 After three of the four of us wore ourselves out climbing the steps to the slides we called it a day. The little one would have stayed overnight! Myself and our boys left at the end of the day with those giddy smiles still plastered on our faces. We had the best time. It is also important to note that my husband (who is not a Cowboys fan) enjoyed the tour and had a great time on the field as well. Even he recommends the tour! 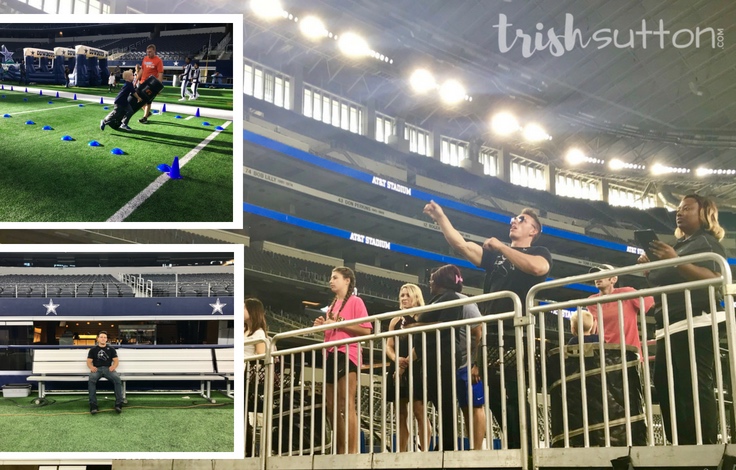 Second to Rally Day allowing me time on the field, my next favorite part was touring the Cowboys locker room. Because there was a home game the following day all of the lockers were loaded with game day gear. Along with the uniforms and cleats in each player’s locker there was also each player’s personal favorite pre-workout, protein powder and even their worn out flip-flops. Unfortunately, we were not allowed to take pictures in the locker room. There is a no photography policy when the Cowboys locker room has game day equipment present. 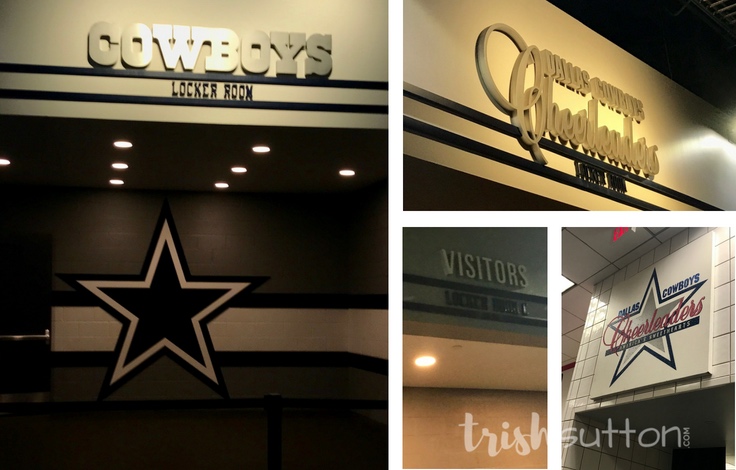 A visit to AT&T Stadium would not be complete without a visit to the Team Shop, which happens to be huge. The two story shop is packed with every blue and silver item imaginable. Next to the Team Shop is The Stadium Club, a restaurant and bar. We enjoyed all that the restaurant had to offer. The ambiance was awesome and the food & drinks were fantastic. 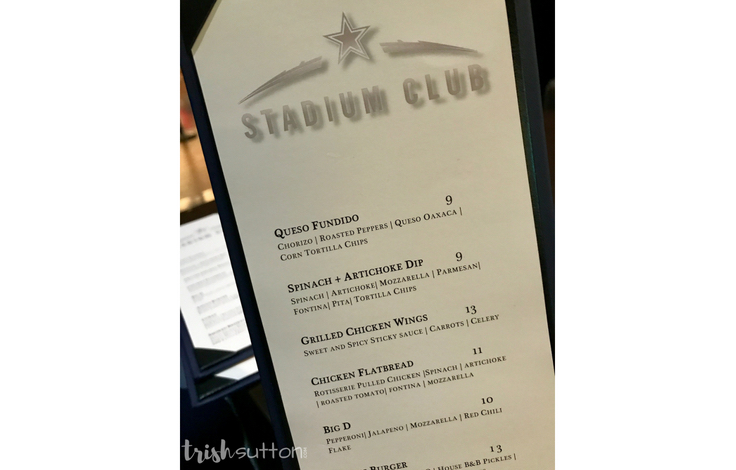 I highly recommend the AT&T Stadium tour; however, the Saturday before home games is a pregame party like none other. Rally Day offers a phenomenal experience for Dallas Cowboys fans. 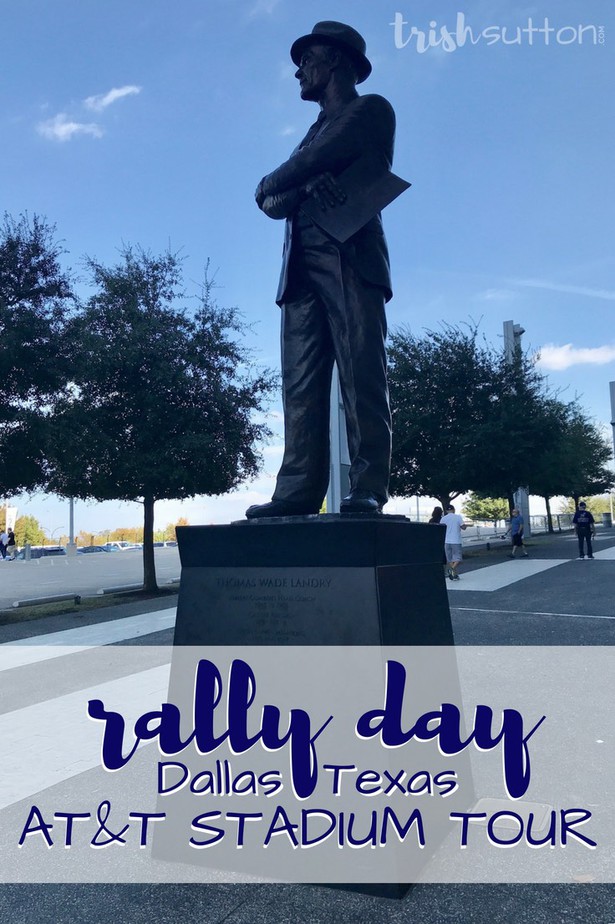