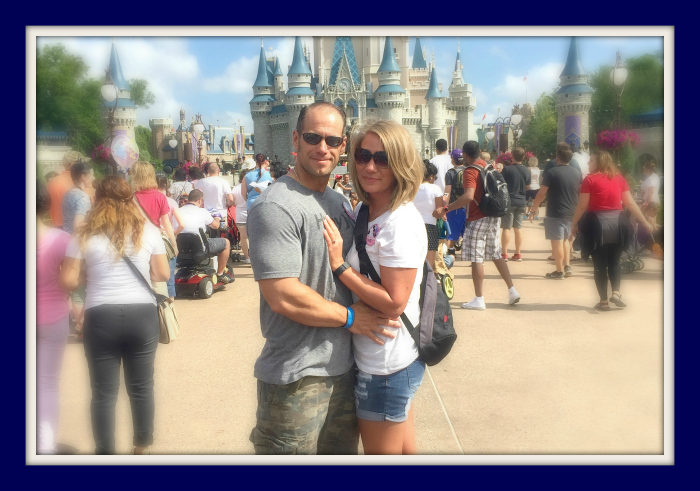 Let us take you back to the beginning, the Summer of 2009 when a boy from Illinois and a girl from Arizona first met. For her it was love at first sight. For him it would take a little longer. They went on their first date July 19th and have been inseparable ever since.

After 6 years, 8 months, 30 days, 2 states and countless trips together, they were on their latest adventure to Disney World.

On their first night on the balcony of their room overlooking the Magic Kingdom they were, she thought, preparing to watch the fireworks. Little did she know that he was preparing for something completely different. As soon as the first firework lit up the sky he was down on one knee. She could not believe it, 2,465 days had led to this moment! Finally.

Fast Forward a few weeks and the venue was booked.
He said “shit just got real”.
She said “it’s about damn time”.

Now these two obviously don’t rush things so they gave themselves plenty of time to plan their big day. After 2,989 days together they will finally become Mr. and Mrs. on September 23, 2017 in Scottsdale, Arizona.