While riding the Polar Express last weekend the train traveled through a tunnel that magically moved us 8,000 miles north. We arrived at the North Pole twenty minutes later and Santa climbed aboard The Polar Express train.

As Santa moved through each train car he shared a few words and a magical silver bell from his sleigh with every boy and every girl. 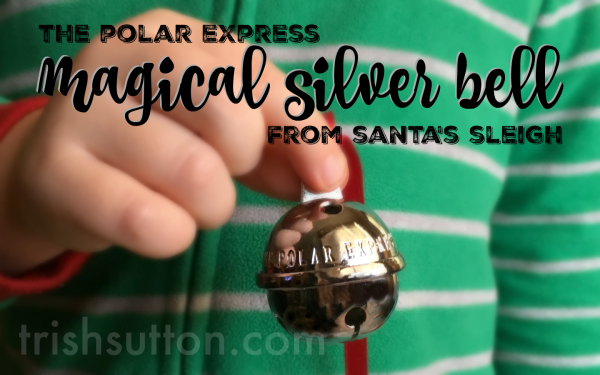 This was a big day for our family; mostly the little guy who had been counting down to the day we would travel to the North Pole. For more than a month our four year old has consistently requested we read The Polar Express at bedtime.

When Santa handed a special silver bell to our little guy he immediately turned to me and rang his bell. I smiled as he questioned, “Did you hear that, Mommy?”  I did hear it and with excitement he shouted “you believe!” 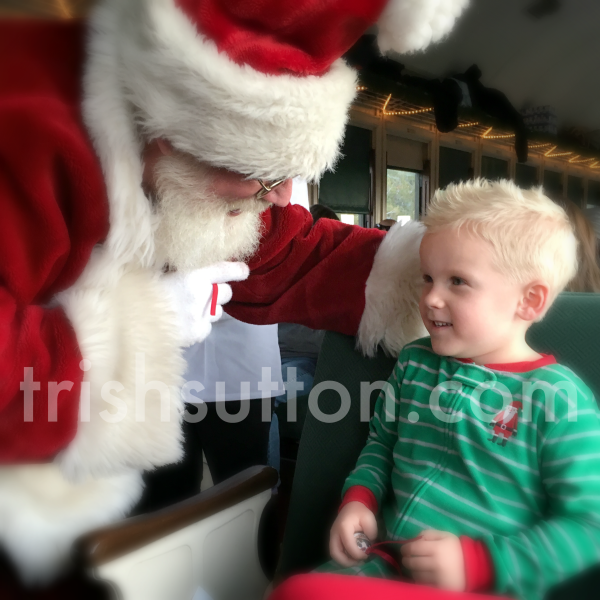 That precious moment is one that my husband, myself and our oldest will never forget. And I am certain that it will forever be cherished as a special memory for our little believer.

Before Santa moved onto the next family my husband was able to capture a photo that I just had to preserve. Those blue eyes that looked up at Santa were undoubtedly saying, “I believe”. 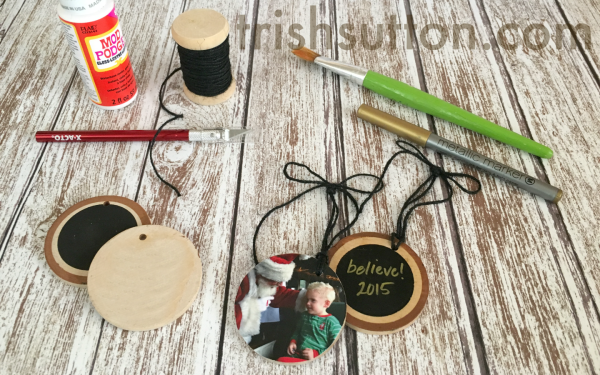 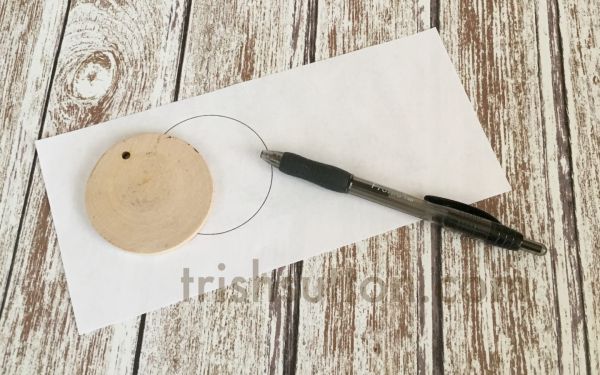 Position on Wooden Disc over the photo then outline the Disc on the backside of the paper and cut it out. 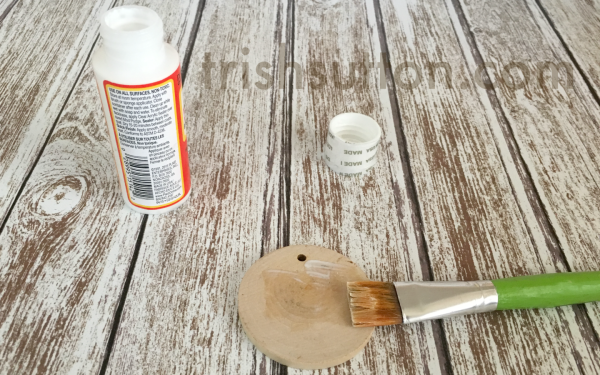 Press the Photo onto the Wooden Disc; use an Exacto Knife if needed to trim around the edges. 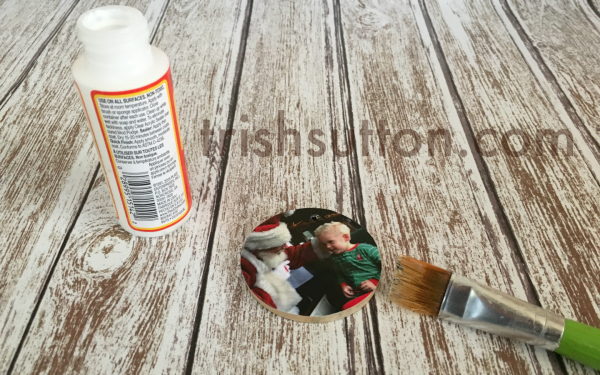 Using a paint pen add verbiage to the backside of the Photo Ornament.

Then cover the backside of the Photo Ornament with a layer of Mod Podge. 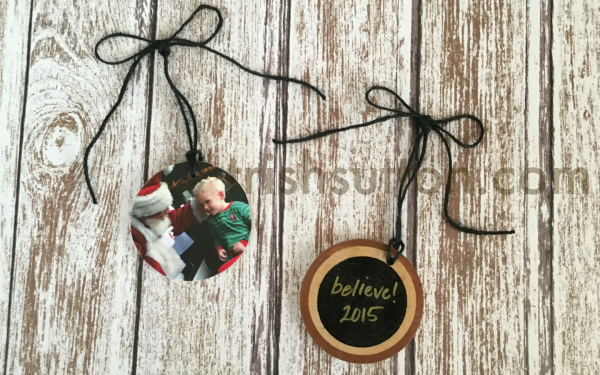 Thread Craft String through the top of the Wooden Disc Photo Ornament.

Your Wooden Disc Photo Ornament is ready to hang! 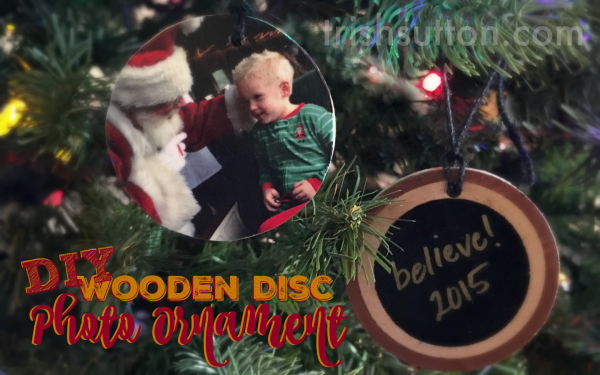 Stop by later this week for 20 more homemade ornaments. 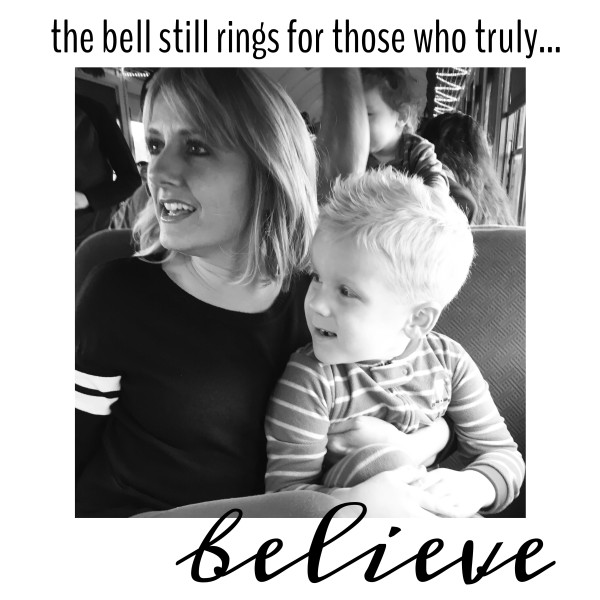