Every big game party needs a friendly side game for fans, right? This free printable Football Squares Game makes a perfect party addition and it is available in two different sizes.

Have you ever been to a big game party where the host had a poster with a grid drawn on it? And did you purchase a box or two, add your initials to random squares then anxiously await the end of each quarter to see if the crossing path of the two team scores would intersect in your box? Well, did you win!?? 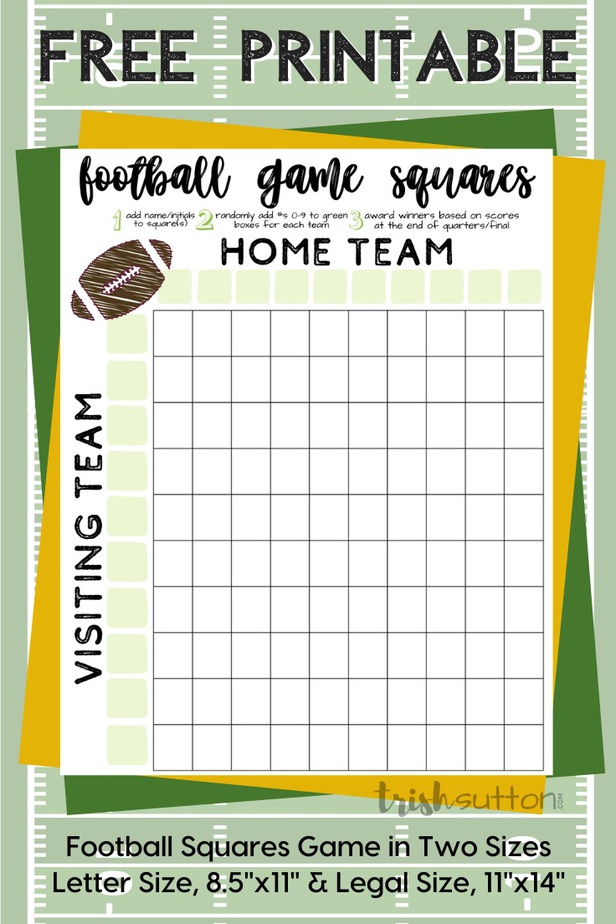 Football Squares Game is literally the perfect party game. There is no football knowledge required. Therefore even the guests who attend game day parties just for the food and the half time show can play. In fact, those are usually the party goers who have the most fun playing Football Squares. They have no allegiance to one team or the other; rather they are rooting for numbers.

While I like a beautifully lined poster board with perfect 1.5 inch by 1.5 inch squares, I like convenience more. Alas, I created a printable board that can be used game after game, year after year. 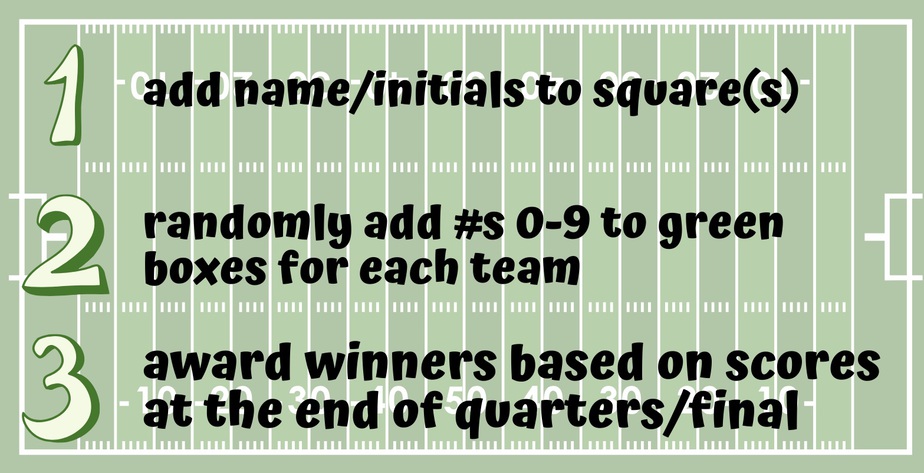 Before you begin, decide on the cost per square; $1 per game square tends to be a popular price to pay, however, I have been at parties where the squares were $20. That said, I have also attended parties where the football squares game cost was 25 cents per square. 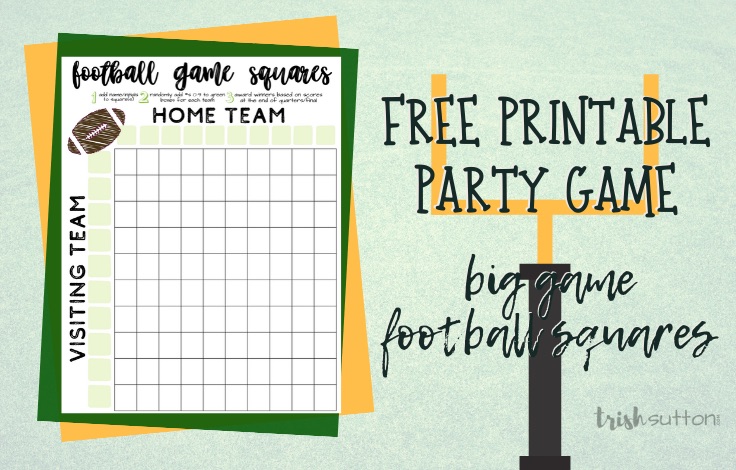