The big game is just around the corner! Which means there will be homegating parties packed with fans placing bets and arguing why their team should have made it to the biggest game of the year. Of course, there will also be the party-goers uninterested in the number of ‘downs’ rather they will be watching for the halftime show and the commercials. 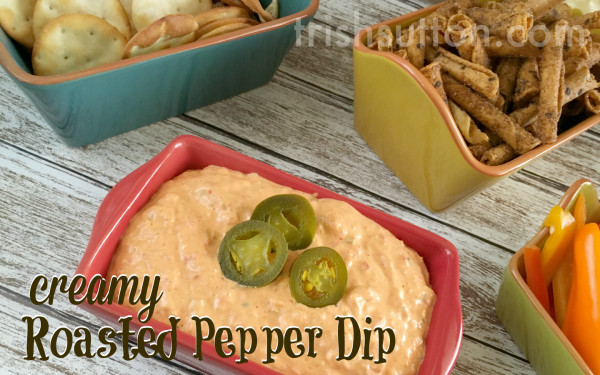 If we were to take a poll of both those groups of party attendees to find out who was and who was NOT at the party for the grazing of homegating appetizers throughout the four hours of football & commercials; I bet our poll wouldn’t find anyone willing to pass on the game day food. In fact, we might even find that there is a third group of party-goers. Those in attendance just for the food. 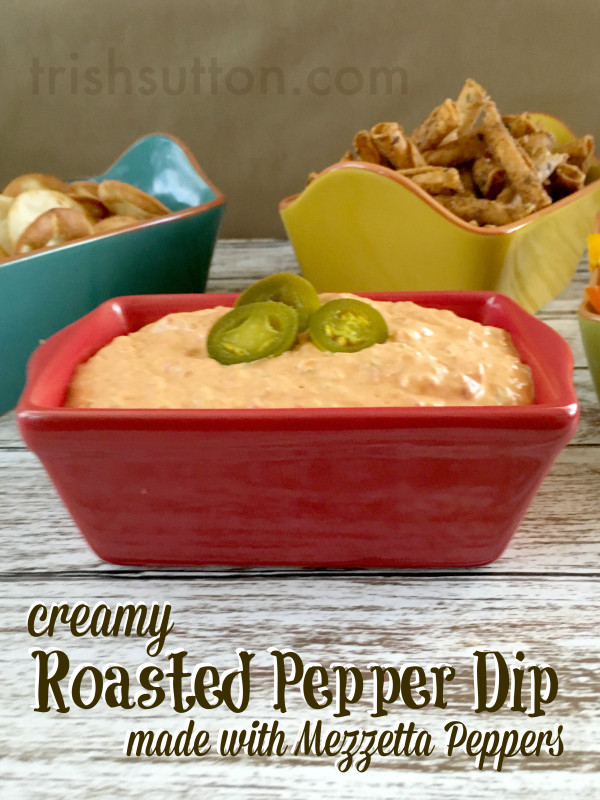 Whether it is the middle of the season or the final game, our family enjoys a good football game with friends and family along with tables filled with food to graze on. There may be one or two people who stop by just for half time or to see the next chapter of the commercial from last year that undoubtedly was one ‘to be continued’; but for the most part, our family is all about the football and the food.

This year I am adding a new game day recipe to the list of appetizers that I will make for our homegating party. A creamy dip, packed with two types of Mezzetta Peppers that accompanies crackers, chips or veggies. Both my four year old and my 21 year old hung out in my 2nd office (aka the kitchen) as I worked on this recipe. We altered and taste tested until the the three of us agreed that we had created a winner. 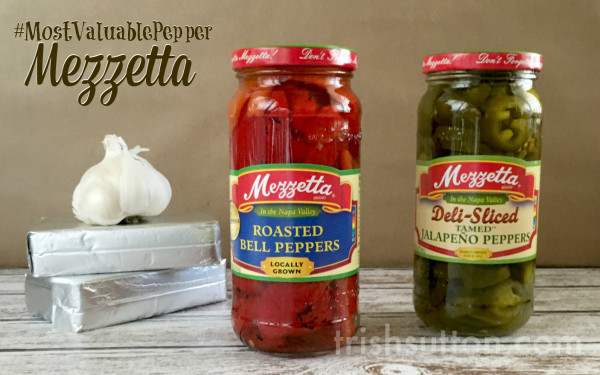 This recipe is as simple as it gets. Just add entire list of ingredients to a food processor; turn it on and mix until the desired consistency is reached. 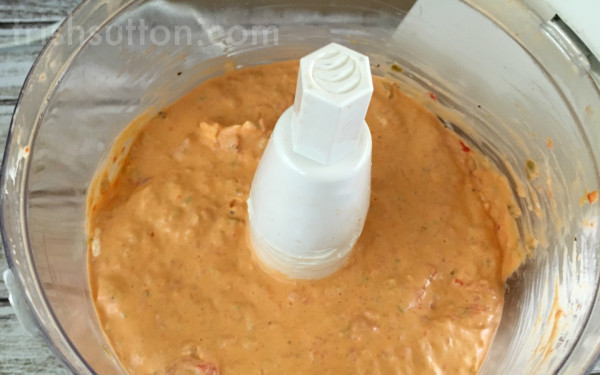 This recipe is too easy not to try! I hope you take a few minutes to mix it up and that you, too, think that it is a winning recipe.

When making this Creamy Roasted Pepper Dip be sure to use Mezzetta brand Peppers. Mezzetta, indeed, packs the most valuable pepper into every jar. MVP Peppers grown in farms from California all the way to the Mediterranean. Since 1935 Mezzetta has offered customers the highest quality foods available. Taste and see. 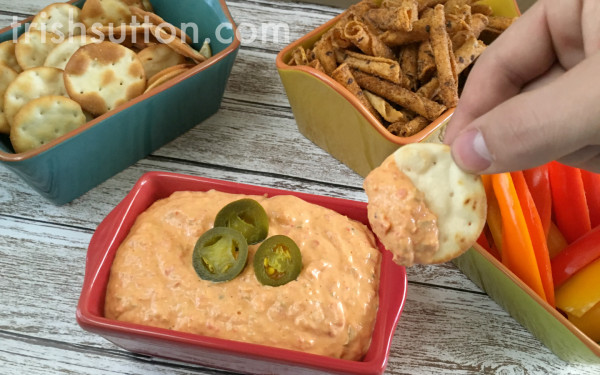 Mezzetta is also offering you a chance to win the Mezzetta Homegating Sweepstakes!

Requirements for Entry: First Name, Last Name and Email Address. Expires: January 26th, 2016. Winners Chosen at Random. Winner will be notified and will receive prize within 2 weeks. Click here to enter to WIN.

Do you have plans for the big game?
What Game Day Recipe will you make?