Settled in the San Diego Bay sits the longest serving aircraft carrier of the 20th century.  The USS Midway served the United States Navy for forty-seven years and the history aboard this massive ship is absolutely fascinating. 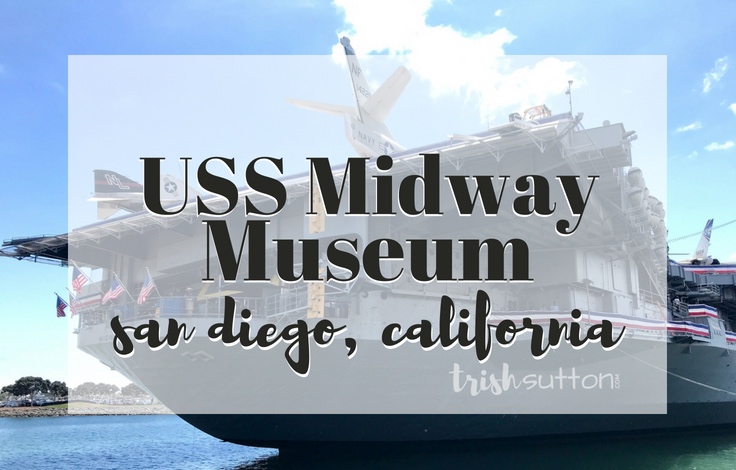 **Even if you are not a history buff I highly recommend a visit to the USS Midway. Really. That’s coming from someone who is not at all a history buff. Don’t get me wrong, I am incredibly grateful for those who serve and have served. Many of my family members and friends have served different branches of the US Military, some of which are still active and a few who even spent time in war zones.** 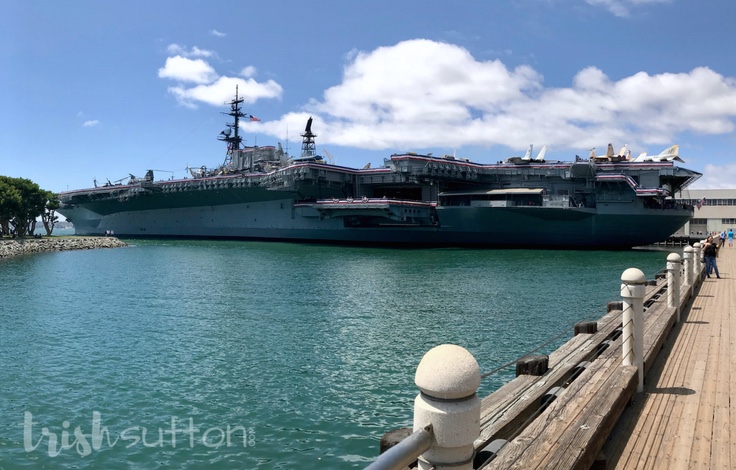 In 1945 the USS Midway was commissioned as the largest ship in the world. At 1,001 feet long the ship weighed 69,000 tons when it was fully loaded and it held 4,500 crew members. Those crew members generated 43,000 pounds of laundry weekly and ate 1,000 loaves of bread daily. During it’s forty-seven year tour the USS Midway served in both Vietnam and the Persian Gulf wars. In 1992 the USS Midway was decommissioned in San Diego and 12 years later a museum was born. 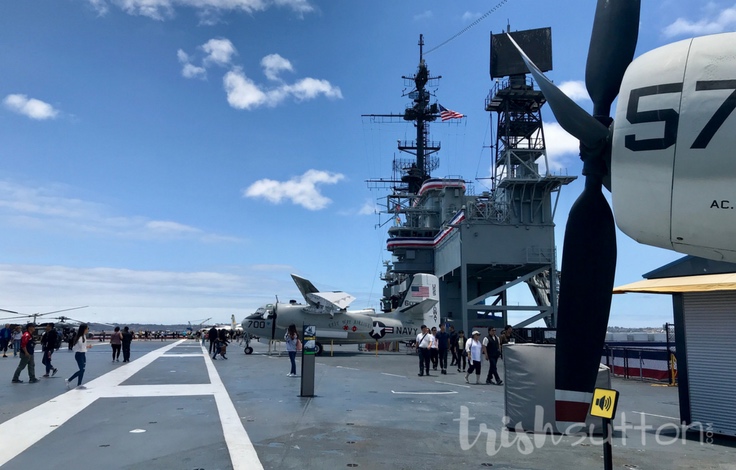 Our visit to the USS Midway Museum was an adventure that we can not wait to experience again. The ship offers so much to see, so much to learn and so many docents to talk to you! Many of those docents served on the USS Midway at one time or another and the stories they have to tell are worth the time even if you never leave the Hangar Deck. 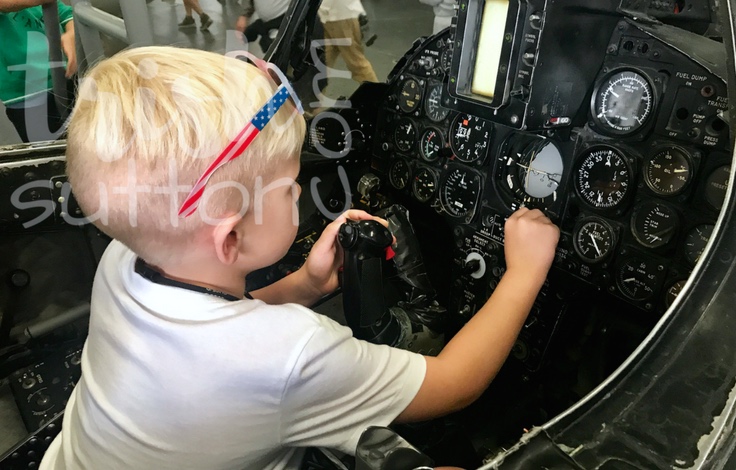 The main deck and entry to the USS Midway Museum is the Hangar Deck. Upon entry visitors can pick up a complimentary audio tour. The “audio tour” is a handy little audio box the instantly becomes an educational self-guided tour. Visitors simply scan the audio box at various stations throughout the ship to receive informative and interesting facts. 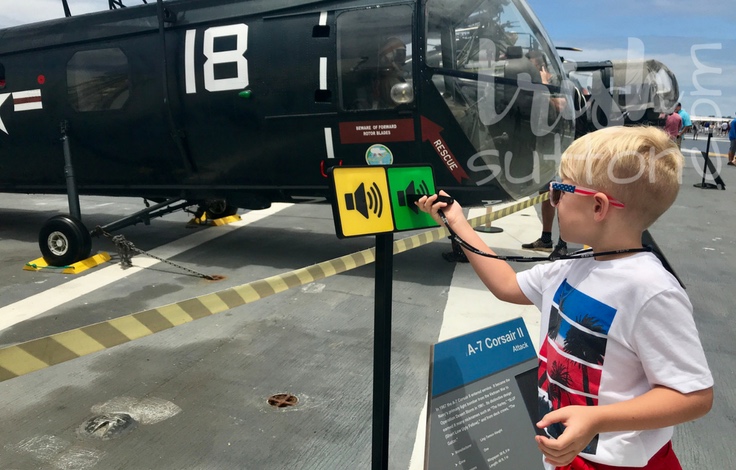 The Hangar Deck is loaded with aircraft that visitors can explore up close and even climb in. My favorite exhibit on the main deck was the flight simulators. I was super excited to learn to fly and then FLY ON MY OWN. There is a fee to pilot the simulators but it is worth every penny.

The Flight Deck is the top of the ship which is where visitors can find 26 different aircraft. Several of which are open for those who would like to climb inside. The length of the ship can really be felt when standing on the Flight Deck. This is also where Midway docents host “launching & landing talks” to explain how it was that aircraft would take off and land. 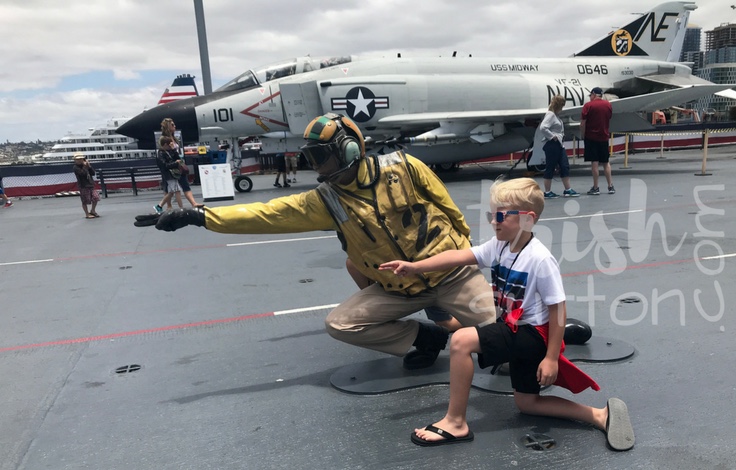 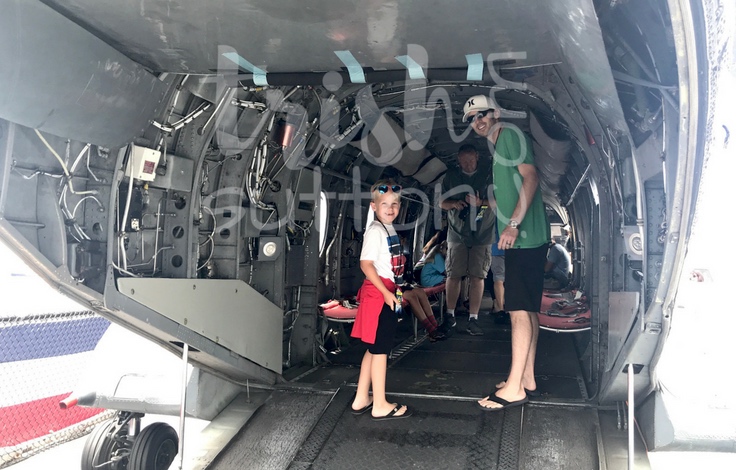 Tours of the Captain’s and Admirals Country is located at the top of the carrier. ‘The Island’ offers the most accessible height and can be toured from the Flight Deck. The Island houses the living quarters, special meeting rooms and bird’s eye view for those who had the highest rankings. Ready rooms can also be accessed from the Flight Deck. In all, there are seven ready rooms. And it just so happens that the top deck also offers breathtaking views of San Diego, Coronado Bridge and the San Diego Bay. 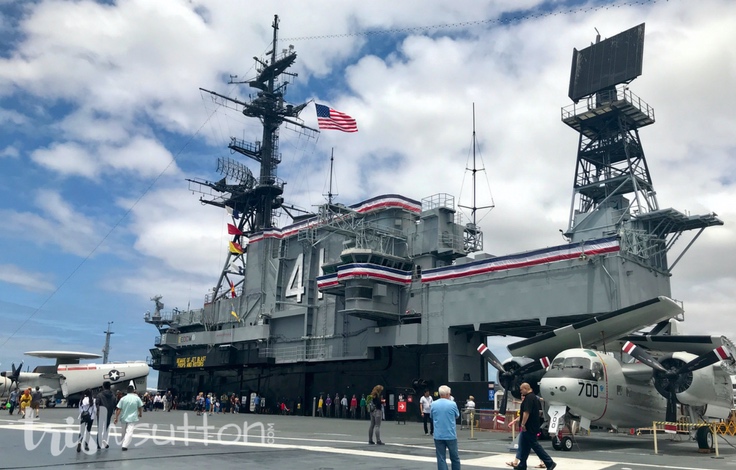 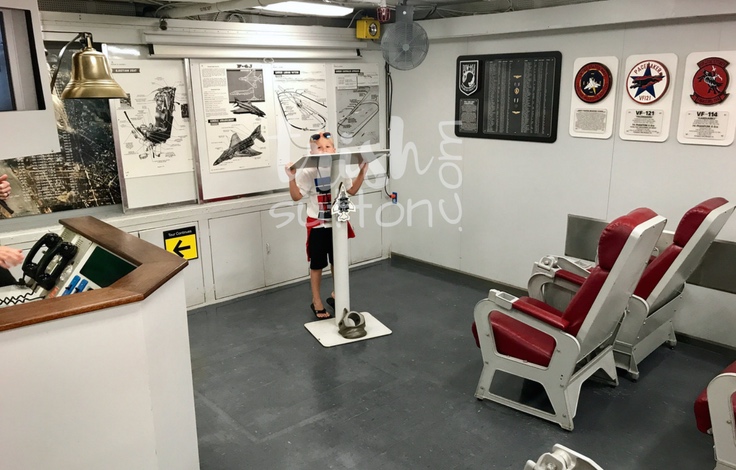 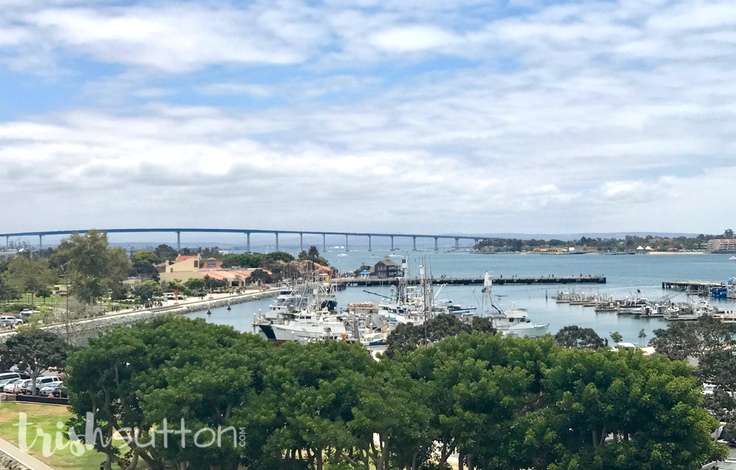 For the explorers who don’t mind claustrophobic quarters there are levels below the Hangar Deck to be discovered. Visitors can walk through the Galley, Sick Bay, Dentist Office and Engine Room. All of which give guests a real feel for what it was like for enlisted sailors to move about the carrier. The Wardroom is also down below along with the Chapel.

The history aboard the USS Midway Museum is overwhelming. But it is a good overwhelming. My words do not do this historic aircraft carrier the justice it deserves. I highly recommend that the next time you are in San Diego you plan at least three hours to tour this amazing piece of history for yourself. Take the entire family and take it all in (or at least as much as you can). 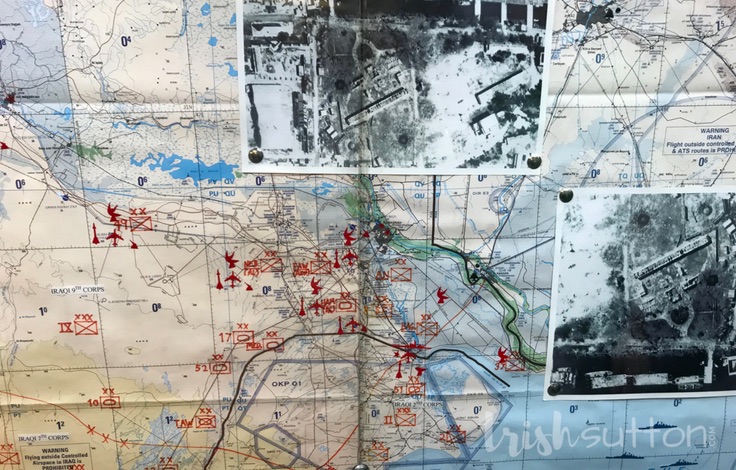 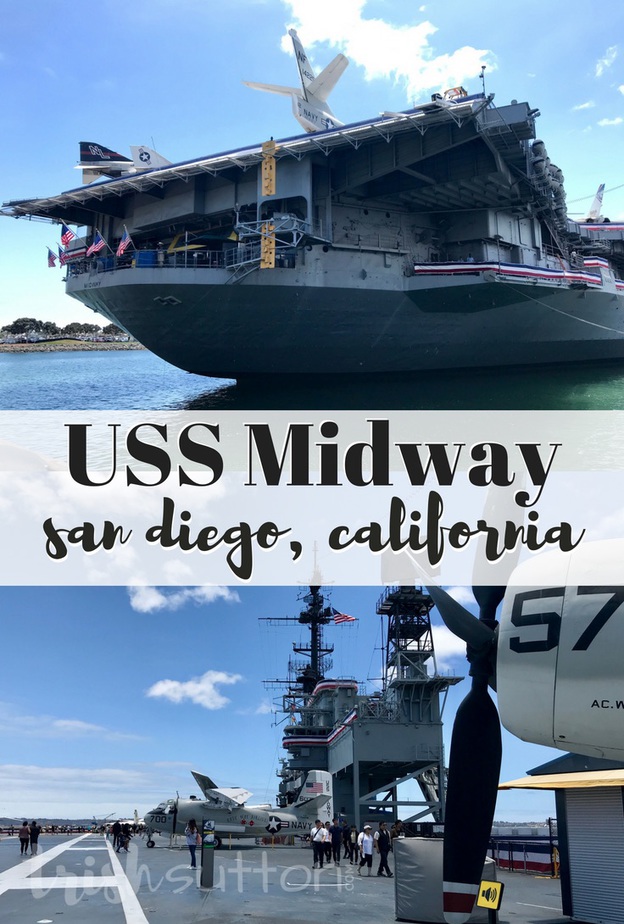