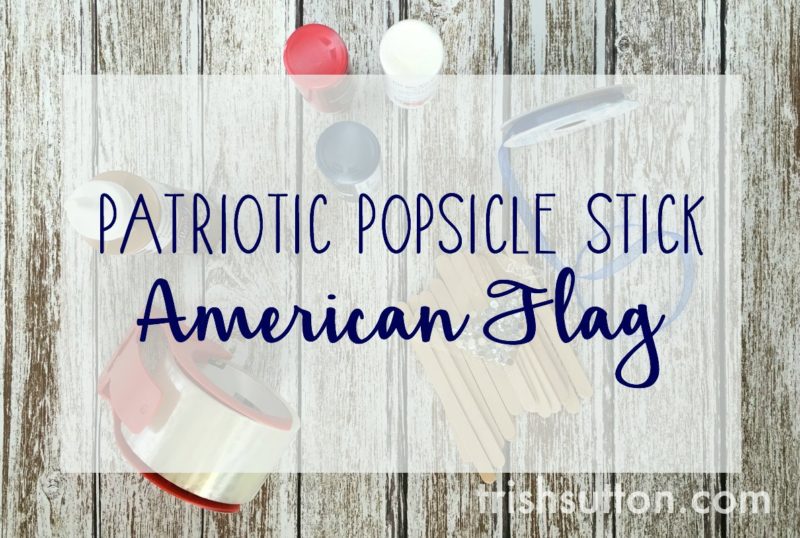 This simple red, white and blue craft is perfect for summer. When it gets too hot to be outside call the kids inside, grab a few popsicle sticks and craft paint then create a Patriotic Popsicle Stick American Flag.

The outcome of this indoor activity can be displayed on Patriotic holidays, for the summer months or all year long. 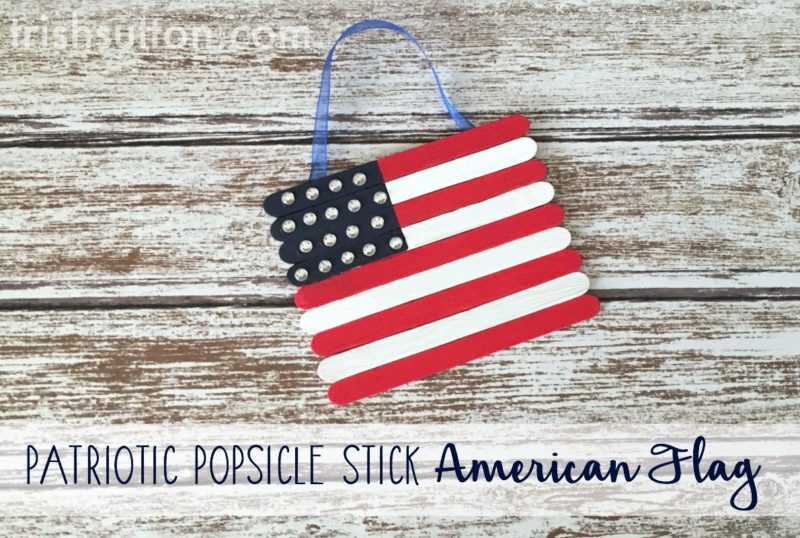 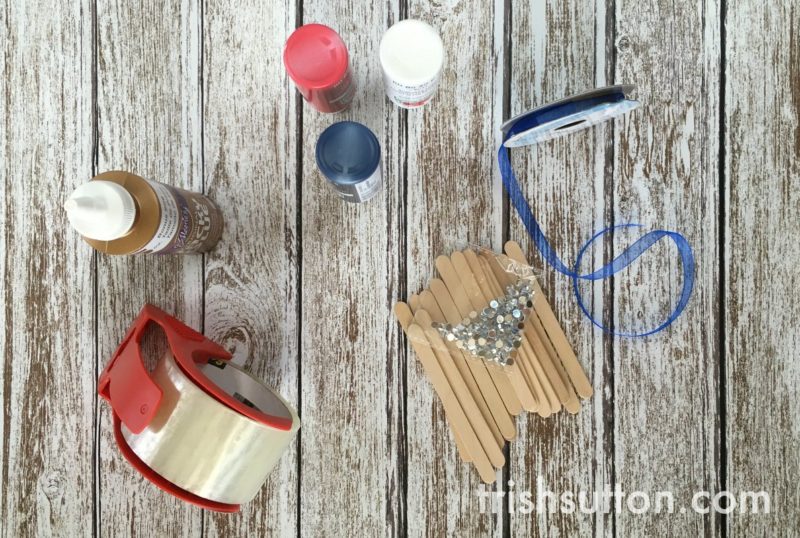 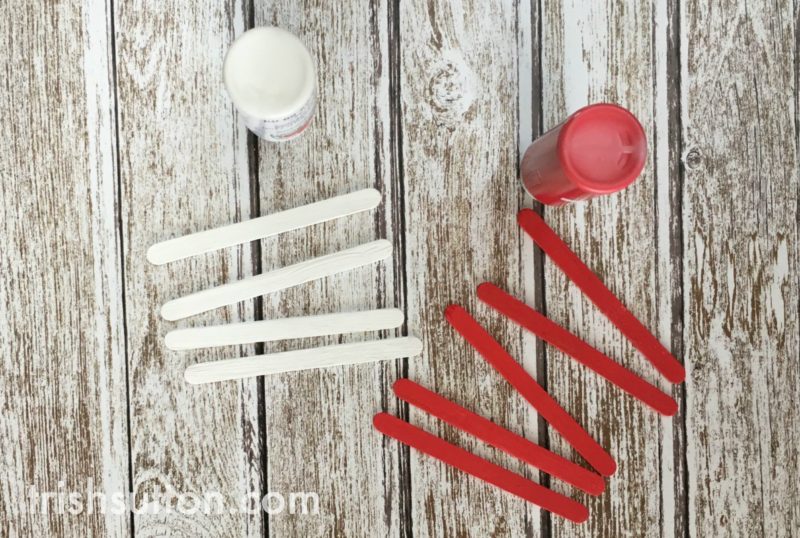 Step 2:
Arrange the Popsicle Sticks in the design of the American Flag by alternating red and white sticks. 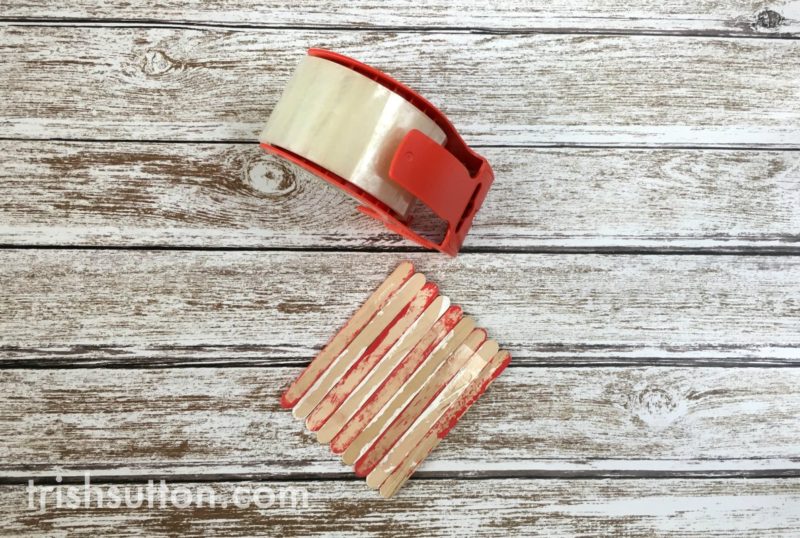 Step 4:
Create a wall hanger by gluing a Ribbon or String to the back side of the Popsicle Sticks.

Step 5:
Cut Cardstock (or Felt) to cover the backside of your Flag then glue it on to the back of your Patriotic Popsicle Stick American Flag. 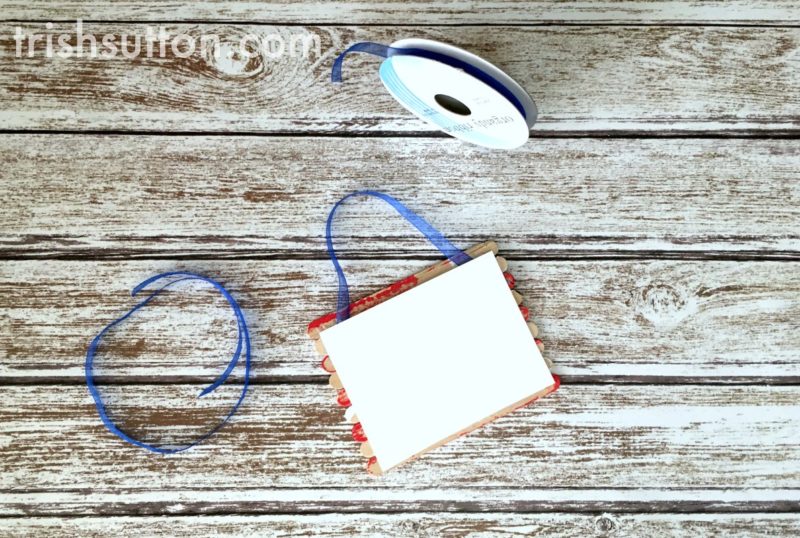 Step 6:
Create a rectangle on the front side of the Popsicle Sticks using Scotch Tape or Painter’s Tape.

Step 7:
Paint the taped off rectangle blue. Then after the paint dries remove the tape and move on to step eight. 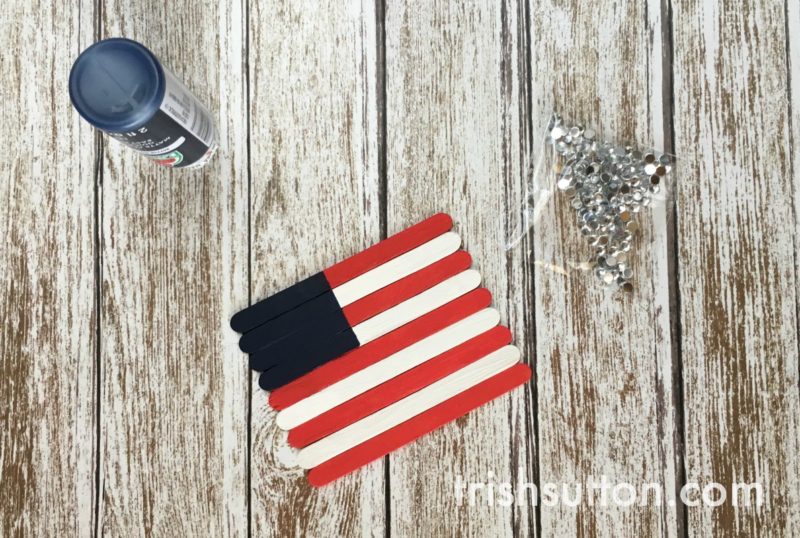 Place Rhinestones onto the blue rectangle to create the star design for your Patriotic Popsicle Stick American Flag. Glue the Rhinestones into place then display your red, white and blue pride. 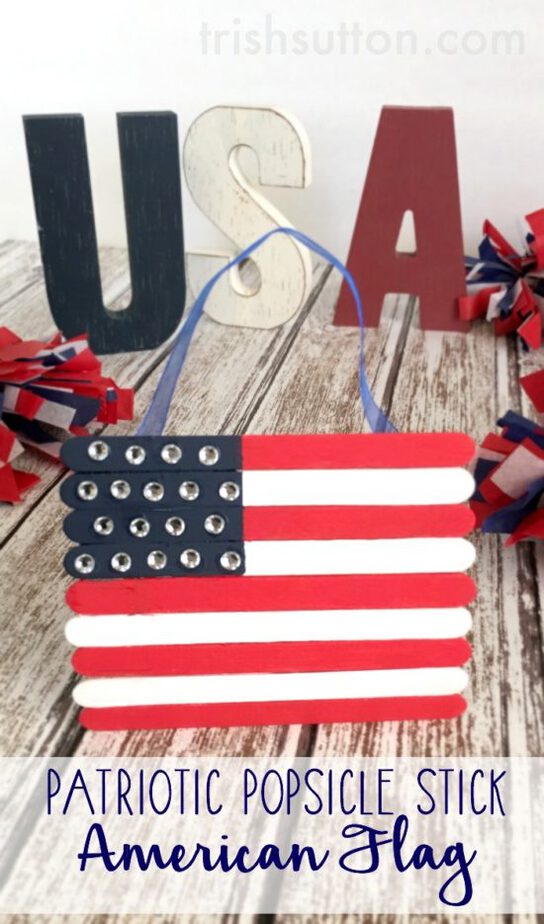 Do you have a favorite Patriotic craft or activity?

In This House, We Do (Printables)